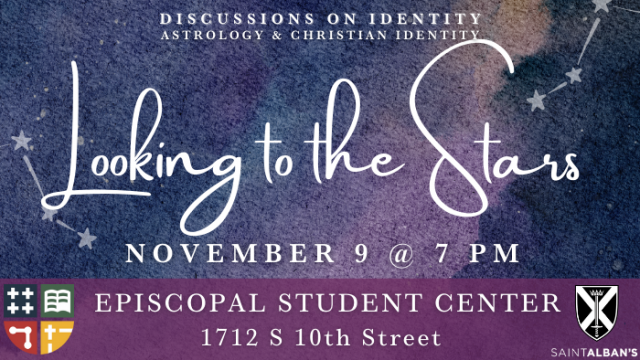 Learn more about the discussion panelists:

Brin is Vicar of Episcopal Church of the Incarnation (Austin, TX). She is the former Associate Rector of St. Michael’s, Austin (2015-18), and served as Chaplain of Trinity Episcopal School (2013-15). Brin received her M.Div. from Yale (Diploma in Anglican Studies, Berkeley Divinity School, 2013).

Aaron is the Rector of St. Alban’s. He received his M.Div from Trinity Episcopal School for Ministry in 2008. Before coming to St. Alban’s, he served churches in Pittsburgh and Houston. Aaron is a contributor to the Mockingbird blog and magazine, and is past President of the Board of Directors of Mockingbird Ministries. He is on the advisory board for StoryMakers NYC. He is a member of the Better Together BU Advisory Board and on the board of the Episcopal Foundation of Texas. He is currently the Dean for the Northwest Convocation of the Diocese of Texas. Aaron co-hosts Same Old Song, the weekly lectionary podcast of Mockingbird Ministries, with the Rev. Jacob Smith.

Deirdre is Associate Professor of Hebrew Bible/Old Testament at Baylor University. Her area of research focuses on the Persian Period, specifically the books of Chronicles, Ezra, and Nehemiah. She is involved in several ongoing excavations in Israel, including the Leon Levy Ashkelon Excavations, Tel Shimron Excavations, and also the Jezreel Valley Regional Project. Deirdre is a member of the Steering committees on Literature and History of the Persian period for the Society of Biblical Literature and the Feasting and Foodways for the American Schools of Oriental Research. She is also a member of the Catholic Biblical Association and American Institute of Archaeology.

Brandon is currently working on an M.Div degree at Truett Seminary. He has a passion for the church and sports, so focuses his study on  intersection of faith and sports. Alongside studies, Brandon works in the Office of Missions and Public Life at Baylor, focusing on community service, interfaith work, and public life initiatives.

The panel will be moderated by Dr. Rachel Toombs, Director of Formation and Connection at St. Alban’s and Part-Time Lecturer in the Baylor Interdisciplinary Core.