Our beliefs are summed up in the historic statements of faith: The Apostle's and Nicene Creeds. Our worship is rooted in the Anglican tradition expressed in The Book of Common Prayer. We accept the 66 canonical books of the Old and New Testaments as the Word of God, containing all things necessary for salvation.

A useful summary of the history of the Episcopal Church can be found here. 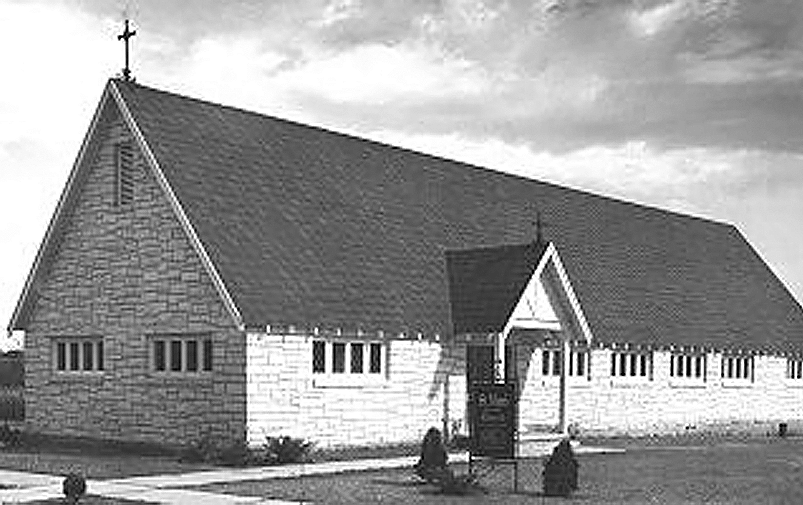 St. Alban’s began in 1946 as a church plant of St. Paul’s Episcopal Church in what was then the outskirts of Waco. By September 1946, the Diocese of Texas purchased two lots at the northeast corner of Columbus Avenue and 30th Street for the sum of $2,750 to house the new church. The Rev. Charles A. Higgins, a former missionary, musician, and WWII prisoner-of-war, was the first Rector of the parish

Our first service was on Palm Sunday, April 21, 1946, in the Hamilton House on Austin Avenue, while plans were made for our own permanent home. We first built a parish house on our lot (where the church offices and music room are now), which also served as our first worship space. At that time, there were about 50 adult members. The building was completed at the end of 1946 with the generous support not only of St. Alban’s communicants, but also with support from St. Paul’s.

The church grew quickly and was full of families and young children. It wasn’t long until we needed more space. Three additional lots were purchased. Under Parson Higgins’ leadership, a three-room frame building was completed in September 1947 to house the newly founded St. Alban’s School. After two years of offering a pre-school, the School opened a first grade in September of 1949. Also in 1949, the first part of the church building was constructed. An impressive dedication service for the new building was conducted on January 22, 1950. 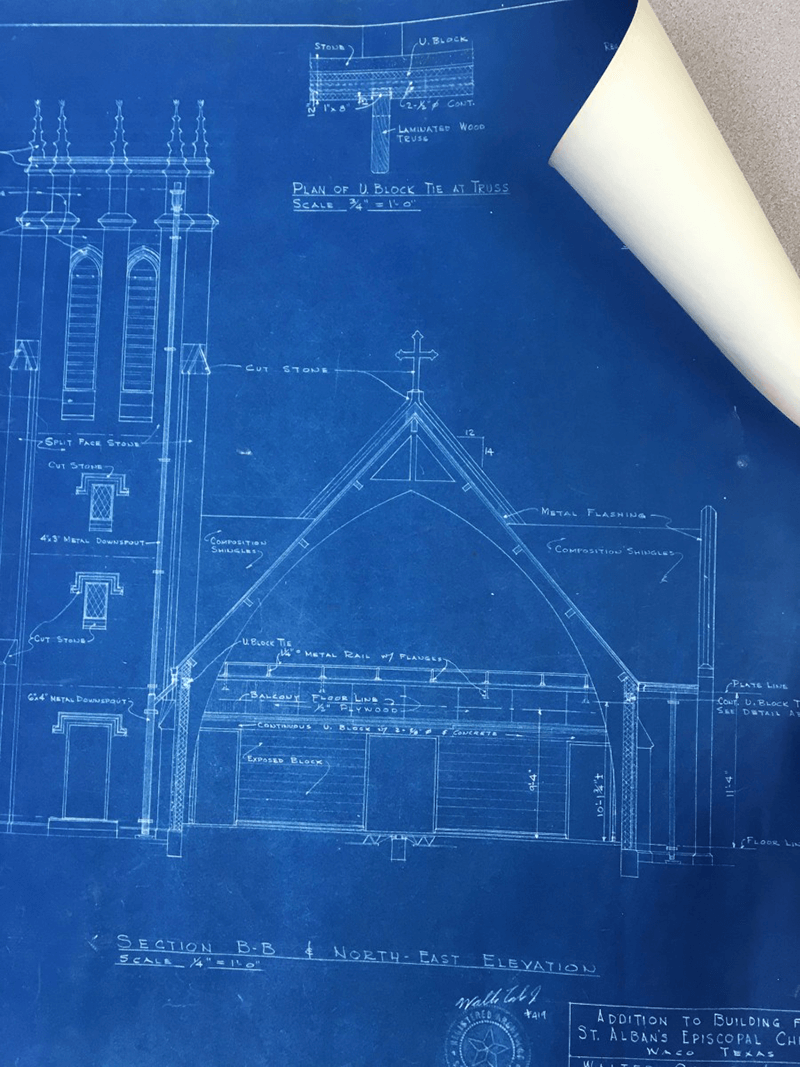 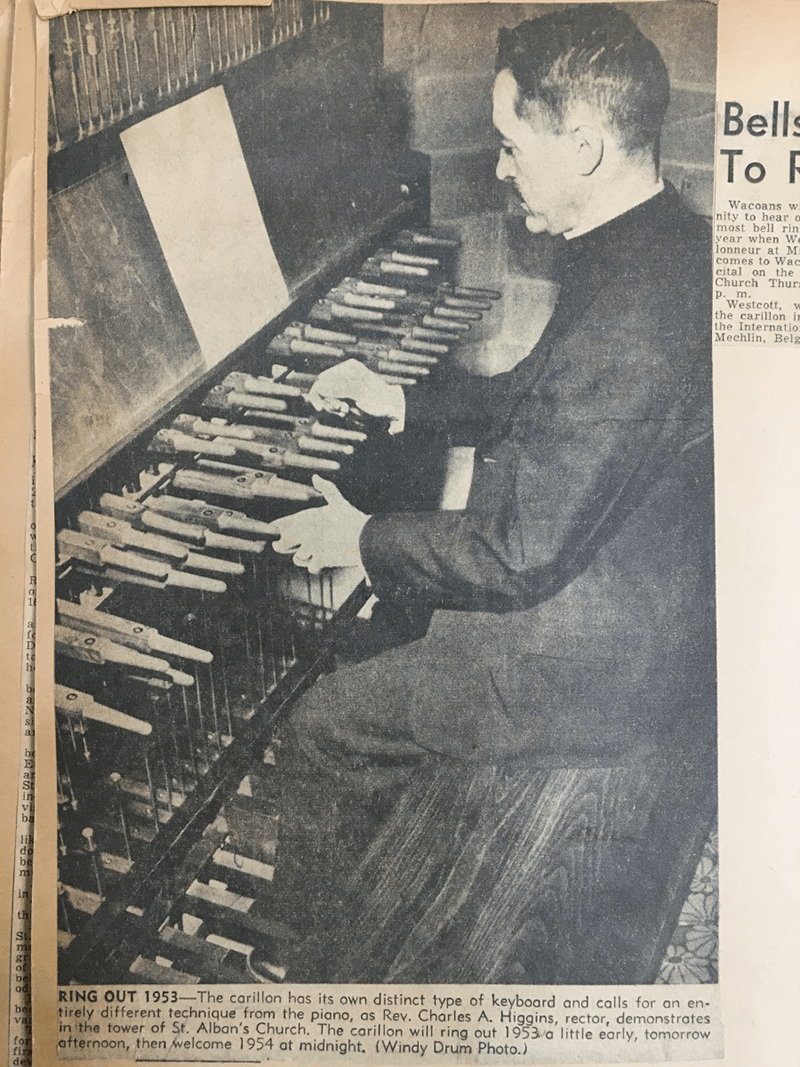 St. Alban’s became a self-supporting parish in 1951. That same year, we had to add another major addition to St. Alban’s School to house the growing number of students. In 1952 and 1953, the church was expanded to include the present-day narthex (or lobby) and the impressive bell tower. In 1953 a carillon of 36 bronze bells was imported from the Netherlands and installed in the tower. The bells range from 22 pounds to 6 tons. Also in 1953, the Evie Tolson Memorial Organ (Reuter Organ Co., Opus 1067) was installed with 2,038 pipes and 32 ranks.

Through the years, we have continued to expand and improve our facilities to expand our ministries. A major expansion was completed in 1996. In 2006 St. Alban’s School transitioned to become the St. Alban’s Outreach Center, home to organizations and ministries that serve Waco. Currently, the Central Texas String Academy, the Community Race Relations Council, and several 12-Step Programs such as Alcoholics Anonymous (AA) use the Outreach Center. In addition, in 2014 the church’s ministries began to use this space again, with a remodeled Student Ministry room and a new room for our Godly Kids class (Sunday School for ages 8-10). In 2015 we renovated rooms for Godly Tots (ages 2-3) and Godly Tweens (ages 10-12) in the Outreach Center. In 2016, we had to expand our nursery, resulting in Godly Play (ages 4-6) relocating to the Outreach Center. On a daily basis, the Outreach Center enriches the cultural life of Waco, strengthens families, encourages youth, fosters artistic development, and offers real help and support to people in our community.

In 2012, then-Rector the Rt. Rev. Jeff Fisher, was elected to serve as one of the two Suffragan Bishops of the Diocese of Texas. In 2013, we welcomed our eleventh Rector, the Rev. Aaron M. G. Zimmerman, his wife, Andrea, and their three children. Rev. Zimmerman brought experience in ministry to all ages, with a focus on outreach, cultural engagement, and family ministry—all with an emphasis on God’s grace in Jesus Christ. St. Alban’s is currently enjoying a time of rapid growth and new vitality, with Sunday attendance growing by over 20% in three years. We invite you to be a part of God's continuing story at St. Alban's. 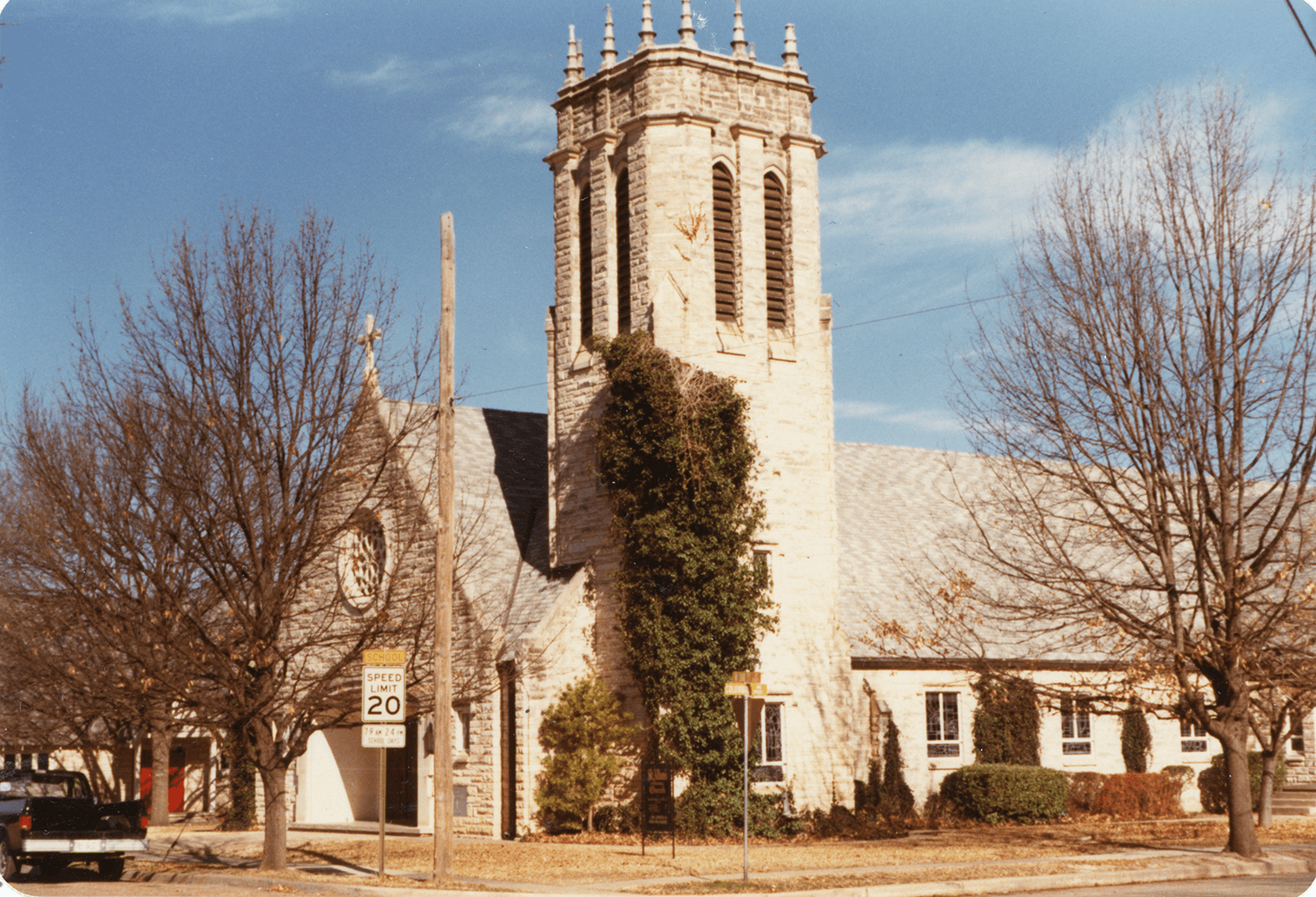